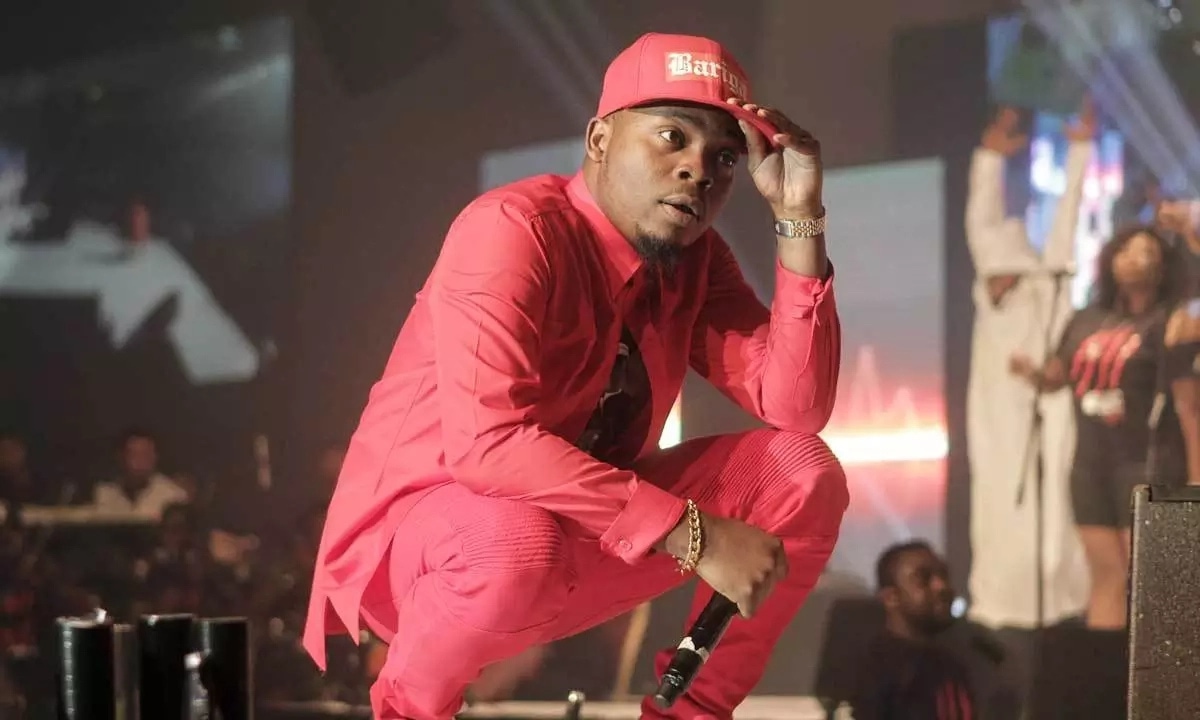 Olamide, popularly known as “Badoo” is a Nigerian Songwriter, Singer, rapper and Performer. He’s distinct for his rare usage of English in almost all his songs, preferring his local dialect “Yoruba” and does great with it. He grew up from the streets of Bariga, a slum neighborhood in Lagos mainland and that has made him who he is today. Olamide is the king of the street in the Nigerian music industry and is ever proud of his roots.

Moreover, he performs wildly on stage and his fans love the craziness. Olamide is very healthy financially and among the richest in musicians the country at the moment. He owns his own label imprint YBNL and has promising stars like Adekunle Gold and Lil kesh signed under him.

He was born on 15 March,1989 in his home town, Bariga, Lagos state. Olamide Bad0o had both his Primary and Secondary Education  in Lagos and later went to nearby Ogun State for his University degree at Tai Solarin University Of Education In Ijebu Ogun State Nigeria where he studied Mass Communication. He wanted to be a footballer at the onset but later found his talent in music.

First, he was signed to ID Cabasa’s Coded Tunes record label and was managed by Toni Payne.  It was in this record label he launched his debut album “Rapsodi” in 2011 with the hit track “Eni duro” topping the music charts across various radio and tv stations in the country.

SEE ALSO: How To Become A Musician In Nigeria (Earn In Dollars)

In 2012, he left Coded Tunes and started his own record label YBNL Nation. Thereafter, he released his second album with the title of his label “YBNL” featuring Tiwa Savage, Davido, Dammy krane and Reminisce. He went on to release more albums in the years that follow, winning awards and performing internationally. He began the OLIC (Olamide Live In Concert) show in 2014 where his tickets are exhausted before the event, proving how responsive the fans are to his style.

Olamide has been nominated for several national and international awards, some of which include

Best Hip Hop and “Male Musician of the Year”,

City People Entertainment Awards “Most Popular Song of the Year”

In summary, olamide has won 22 awards out of 42 nominations.

Olamide Net worth and Endorsement Deals

On 17, July  2013, Olamide became the first Nigerian to sign an endorsement deal with Ciroc and the deal was said to be in excess of N30Million. Later in the same year, he signed a deal to become of the brand ambassadors for the giant brand Guiness for around N80Million naira putting him on the act for the much popular “Guiness Made Of Black” campaign. As if that wasn’t enough, same year Telecom company Etisalat offered him an endorsement deal to the tune of  N50Million which he embraced.

Also, he recently renewed the deal and the renewal according to reports fetched him an extra N30Million plus the initial sign on fee. In 2017, he became an ambassador for Sterling bank plc. He charges a maximum of about 4million naira per show for bookings and up to N300,000 for organised events and his concert. His current Net worth stands at an estimated $12million