What Are The Impacts Of Climate Change On Agricultural Yields? 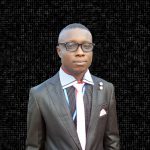 Climate changes may result to lower yields of agricultural produces and poorest countries would be hardest hit, with reductions in crop yields in most tropical and sub-tropical regions due to decreased water availability, and new or changed insect pest incidence. In Africa and Latin America many rainfed crops are near their maximum temperature tolerance, so that yields are likely to fall sharply for even small climate changes; falls in agricultural productivity of up to 30% over the 21st century are projected. Marine life and the fishing industry will also be severely affected in some places.

Climate change induced by increasing greenhouse gases is likely to affect crops differently from region to region. For example, average crop yield is expected to drop down to 50% in Pakistan according to the UKMO scenario whereas corn production in Europe is expected to grow up to 25% in optimum hydrologic conditions.

More favorable effects on yield tend to depend to a large extent on realization of the potentially beneficial effects of carbon dioxide on crop growth and increase of efficiency in water use. Decrease in potential yields is likely to be caused by shortening of the growing period, decrease in water availability and poor vernalization.

In the long run, the climatic change could affect agriculture in several ways :

Productivity, in terms of quantity and quality of crops.

Agricultural practices, through changes of water use (irrigation) and agricultural inputs such as herbicides, insecticides and fertilizers.

Environmental effects, in particular in relation of frequency and intensity of soil drainage (leading to nitrogen leaching), soil erosion, reduction of crop diversity.

Adaptation, organisms may become more or less competitive, as well as humans may develop urgency to develop more competitive organisms, such as flood resistant or salt resistant varieties of rice.

Thanks for your detail response.  I am going to venture into Agriculture and I wanted to know what to expect and how to prepare for these climate changes. I think your response has opened my eyes.