The Baghdad Blogger, What You Can Learn From Him 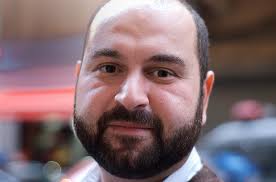 Baghdad Blogger You may wonder! What really inspired this heading. Well, it came as a result of my curiosity. As I was doing my keyword search sometimes ago, I stumbled on the keywords “Baghdad Blogger”. Driven by curiosity, I decided to learn more about this Blogger. Out of all the Baghdad Bloggers, is seems Salam Pax  stood out among all. According to Amazon’s excerpt from the book authored by Pax Salam; Pax Salam Many times put himself at risk just to keep his blog updated.

Pax became popular due to his insider’s reporting of the Iraqi war and bombardment in 2003. However, The Baghdad Blogger temporally went offline for about six weeks after the war resulting in questions and doubt about his true identity. Through the six weeks offline, Pax’s Blog Where is Laed was not updated, a situation that prompted him to offer apology to his readers after he was back online.

I’m not sure of how many Bloggers there in Baghdad and elsewhere in the Middle East but I’m sure there are Bloggers everywhere. What made Pax Salam, The Baghdad Blogger outstanding with his blog? Because  he choose subject he is familiar with and passionate about not because of his blog design!

He is probably in Iraq or somewhere near Iraq which made him familiar with the happenings around Iraq during the inversion. The Baghdad Blogger capitalized on that to create a blog with first hand information about the on goings  in Iraq.

The latest Trend is always ideal niche for blogging. People constantly yearn for the latest in everything, including information and anyone capable of providing that will gain followership, no matter who you are and where you are coming from. That’s exactly what Salam Pax The Baghdad Blogger did.

I wonder if there is also a Blogger in Afghanistan’  I haven’t done the research though, maybe you’ll help me out. Like the Blogger in Baghdad, who knows he may just be famous. According to Wired Lifestyle: “After the war broke out, Pax’s site was featured in hundreds of news stories, including pieces by MSNBC, the BBC, The New York Times and The Washington Post. The bandwidth demands caused by the ensuing stampede of visitors overwhelmed the weblog’s servers, until Google kicked in with mirrors”.

The Baghdad Blogger gained overnight traffics and became popular, if he decide to monetize the blog of (which he is not doing)  that will be great buck in the bank

Through the coming weeks, I’m going to feature some great bloggers and what makes them outstanding, you can just learn one or two things from them and improve your blogging with it. Your contribution is welcomed. Drop your comment below.